Login to Windows or automatically type in 2FA One Time Passes or Static Passwords through your Android Mobile fingerpint sensor. Seeds are being saved in the cloud an protected by a masterpassword. If you format your mobile, seeds are still kept safe.
The seeds and passwords are kept even if you format your mobile or Windows, so you won’t have any problems loosing them.
The Passwords are being entered in the Windows app and can then be entered with an Android fingerprint in Windows.
Please take a look at our homepage to get the Android app. 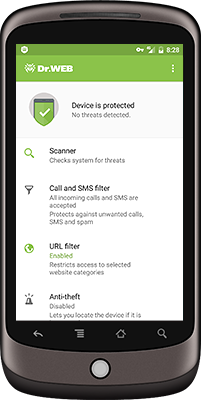 Elcomsoft Phone Breaker is one of the most advanced mobile forensic tools on the market. Supporting iPhone and iPad devices as well as remote extraction from Apple iCloud, Elcomsoft Phone Breaker can perform logical and over-the-air extraction from a wide range of devices. The tool can brute-force passwords to encrypted iOS backups using built-in GPU acceleration and smart dictionary attacks, and download device backups from Apple iCloud and Microsoft OneDrive. GPU-accelerated recovery helps break into encrypted backups faster.

Elcomsoft Phone Breaker can access evidence stored in iCloud and iCloud Drive with or without Apple ID and password. Binary authentication tokens obtained from the users computer allow logging into Apple iCloud without a password, downloading iCloud photos, files and backups. No lengthy attacks and no physical access to an iPhone device are required. The tool supports accounts with and without two-factor authentication. All current and legacy versions of iOS are supported.

In addition to iCloud backups, Apple synchronizes certain types of information across iOS devices via iCloud. Health and activity information, passwords, text messages, photos, Safari history and a lot more are securely synchronized. Call logs, Safari open tabs, notes, calendars and contacts are also synchronized in nearly real time with little or no delay. The data, including deleted items, is synced just minutes after the activity as opposed to iCloud backups being daily at best. Elcomsoft Phone Breaker extracts and decrypts synchronized information from Apple iCloud, including end-to-end encrypted items such as iCloud Keychain, Health, Messages, Screen Time and other data.