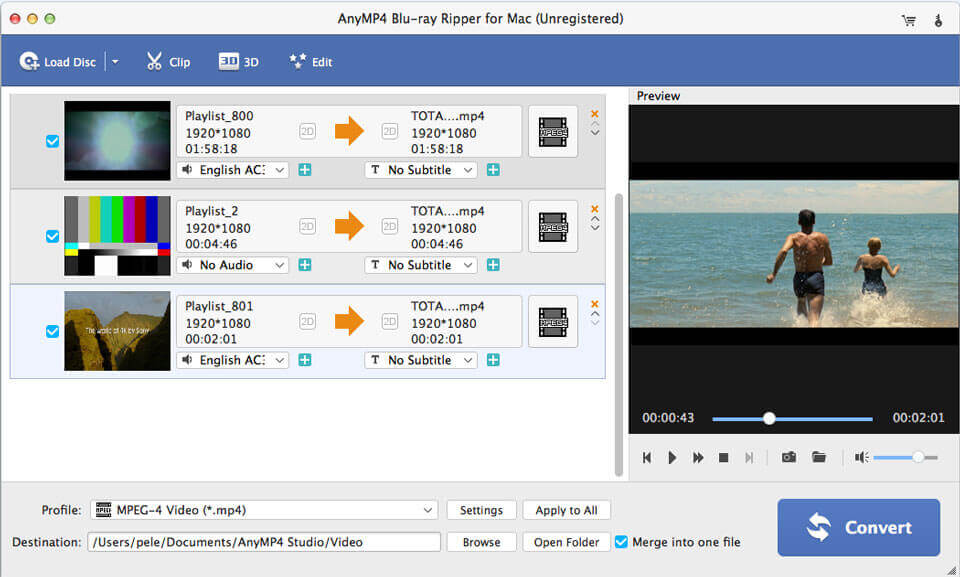 1.Edit Blu-ray and adjust video effects.
The professional Blu-ray Ripper for Mac is equipped with many useful editing features to help you customize video effects before ripping the Blu-ray. For instance, you can rotate video position, cut the video length to only save the necessary part, crop video to remove the black edge, add personal text and image watermark, adjust output video effects like brightness, contrast, saturation and hue.

2.Super fast Blu-ray ripping speed and high quality.
Thanks to the latest hardware acceleration technology, AnyMP4 Blu-ray Ripper for Mac gives you a super-fast Blu-ray ripping speed. It can rip Blu-ray to HD video format like MP4, MOV, MKV, AVI, WebM, TS and more. After ripping, you can enjoy the fantastic image and sound quality. In profile settings, you are allowed to set parameters, such as video codec, resolution, bitrate, frame rate, audio codec, audio channels, and so on.